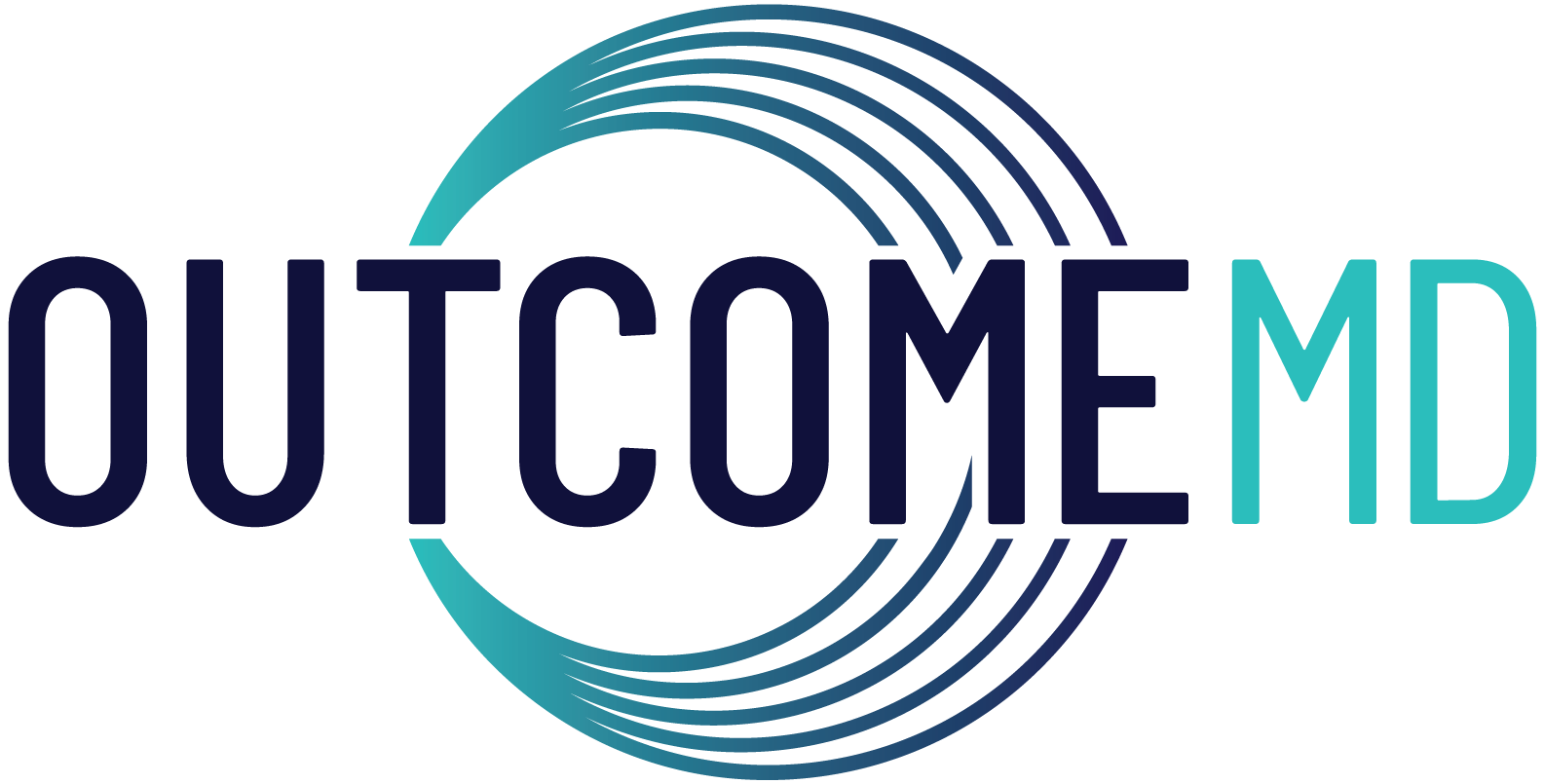 From The Operating Room, This Physician Entrepreneur Manufactured His Way To A $105 Million Exit

After training for more than ten years to be an orthopedic surgeon at institutions such as Stanford University and Mount Sinai in New York, Justin Saliman, MD, traded in his scalpel and scrubs for a life of instability and unpredictability by founding Ceterix Orthopedics.

“I can have more of an impact on humanity by solving a need in the medtech space than I ever could treating individual patients. If I didn’t do your knee surgery, then someone else would, but if I didn’t build Ceterix, I didn’t believe anyone else would,” says Saliman.

As the grandson of one of the lead engineers for the Hoover Dam, Saliman was the type of child who took household items apart to understand the intricacies of how they were built. At a young age, his projects spanned from basic woodwork through go-kart assembly. “Many surgeons have two left feet for hands. This is because they grow up with their noses in books and do not invest enough at a young age perfecting their fine motor skills by doing hands-on activities,” says Saliman.

During college and medical school, he developed several entrepreneurial passions such as building a painting business and creating educational content sold to med school bookstores. As he progressed through his career, Saliman sought a way to combine his interests across medicine, business, and engineering: the perfect DNA for an aspiring medtech entrepreneur.

Throughout residency at Mount Sinai, Saliman assembled a journal of pain points he and other surgeons experienced in orthopedic surgery. Ultimately, when he arrived at Stanford for his fellowship in sports medicine, he was mentored by one of the founding members of Stanford University’s Biodesign Program, Josh Makower, MD. According to Makower, a General Partner at NEA who oversees the firm’s medtech practice, “Justin is a very passionate, hard-working entrepreneur who I was compelled to help. You could tell his heart and motivation were in the right place.” Makower served as a mentor to Saliman who would often seek his advice through various stages of the company. “The process of starting a company is nonlinear. It often takes longer, requires more capital, and things that seem straightforward in the beginning end-up being far harder. The key to success is perseverance. The other is the entrepreneur’s ability to absorb the insights gained from those who have been around the block. Justin possesses both,” says Makower.

One of the repeatable pain points, Saliman could not ignore was that there was no way to sew the bottom of a meniscal tear effectively. Thus, it was easy for surgeons to either remove the meniscus or partially repair it by just sewing the top.

“Surgeons would blame the biology, claiming blood supply to the meniscus is poor, when in reality poor stitching techniques may contribute more to failure rate rather than just biology,” says Saliman.

After being frustrated by years of published data and patient frustrations from partial-meniscus removal surgeries, leading to progressive arthritis and total knee replacement surgeries, the perseverant Saliman and his team developed a new way to cure a patient’s pain and dysfunction in the near term, while preventing the progression to arthritis in the long-term.

Soon after, Saliman founded Ceterix in 2008 to enable repair for both the top and bottom of the meniscus simultaneously, as well as expanding the market into tear types that were previously considered difficult or impossible to repair. He named this unique stitch the Circumferential Stitch for Meniscus Repair.

In the early stage of prototyping the design, Justin needed to solve for two major problems: From the same two poked holes orthopedic surgeons place in the front of the knee to remove the meniscus, how can you place a perfect stitch which goes around the tear to sew back together the bottom and top of all tear types? How do you create a device that can access a curved region within only 3-8 mm of confined space?

Once within the knee, Saliman knew the device would need to have morphological capabilities in order to surround the meniscus in preparation for sewing. Furthermore, the device would need a tiny needle to pass both limbs of the stitch with one insertion. In order to effectively complete his initial prototype, Saliman went to a butcher at a local farmers market and bought 12 lamb shoulders. He brought them all home and dissected them down to tissue that would resemble the human meniscal cartilage and started passing stitches through with different prototypes. Eventually, Saliman prototyped a method to protract and retract the lower jaw of the device. Next, Saliman knew he would require human tissue to create a more exact method to validate the space to be accessed as per his approach. As such, he ordered 5 human cadaver knees, placed them in his freezer at home, and over the course of testing, took them to a nearby surgery center to conduct arthroscopic surgery on the cadaver knees. After investing over $550,000 in personal funds and driving himself into a significant amount of debt, Saliman successfully raised an $8 million Series A in 2010.

According to Saliman, “when you’re designing your products, you need to keep strict documentation of all of your ideas and send provisional patents with the attached drawings to the USPTO to ensure protection over your idea. Then, you need to rapidly prototype and test your prototypes in the most realistic environments to ensure your design and technique will deliver the desired result. Once you feel you’ve dialed in a product concept that addresses the underlying need, you need to quickly think about FDA acceptance pathways. The most desired pathway is a 510(k) approval, which requires a predicate device used for a similar underlying purpose.”

Fortunately for Saliman, there were similar devices being developed for rotator cuff tear techniques that he and his team were able to fast-follow. After locking in the initial designs, Saliman’s team of engineers chose to machine the parts in order to enable rapid prototyping at controllable costs. This allowed them to further dial-in the product prior to commercialization.

After, he and his team brought in orthopedic surgeons to test and evaluate the device in their hands. As part of the FDA approval process, Saliman needed to complete sterilization validation and all of the protocols that go along with it. After successfully completing several first-in-human surgeries in 2012 at Cedar Sinai in Los Angeles, Saliman’s team recognized that in order to mass manufacture the device, they needed to transition the job-shop style manufacturing process (high variability, low speed, easy to customize) into an assembly-line manufacturing process (low variability, high speed, difficult to customize).

“Once we were able to mass produce the device and it was working in the hands of enough surgeons, our next challenge was getting the cost of goods down to a point where we could be producing a decent profit margin,” says Saliman. Over a period of several years, the Ceterix engineering team were able to simplify the design to reduce the part count, and employ manufacturing processes using tools to mass produce the parts rather than machining them.

In the years leading up to the acquisition, Saliman recruited an executive team to manage and build out the business functionality for Ceterix, as well as educate providers around their new disruptive meniscal repair techniques.

“The reason I chose to combine business and medicine is I knew I wanted to be able to make a positive health impact on a macro level. I realized building med tech companies was my way to do it,” says Saliman.

In terms of what’s next for Saliman, he has his eyes set on value-based care and believes that the untapped resource in healthcare is tracking treatment outcomes. As such, he started a cloud-based digital health company called OutcomeMD that follows clinical outcomes while simultaneously enhancing the doctor and patient experience. His goal with OutcomeMD is to improve medical decision making at every level.

Find out how to leverage OutcomeMD to get better outcomes and more patient inflows. Try Today →

Thank you for your Submission!

An OutcomeMD representative will get back to you within 24 hours. If you would like to book a free 30 minute demo of our product, please click below and select a time that works for you.